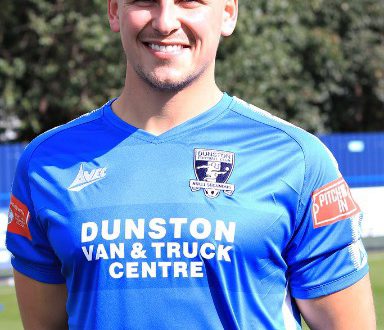 North Shields FC are delighted to announce the signing of Dan Halliday from Dunston UTS.

Dan Halliday, who spent seven seasons with Dunston after joining UTS as a youngster from Gateshead FC in 2014. Dan has established himself as an integral part of the team and collected The Management Player of the Season award for the 2017/18 season. He captained the side during the 2019/20 season and captained the side during The Northern League title winning season of 2018/19

Having gained early Northern League experience with near neighbours Birtley Town, Dan has since gone on to play over 100 games for Dunston and lead the Club to The Northern League title last season.

Dan is an intelligent player who leads by example, we are sure he will become a fans favourite!

A huge thank you to Dunston UTS for their assistance in the transfer!