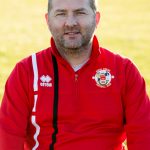 Joined North Shields FC in 2018 from Whitley Bay. Marc has managed Whitley Bay Reserves before moving to the first team. Works at Tynemet as a football coach also is a UEFA B licensed coach. 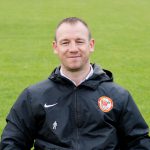 Woody re-joined North Shields FC in 2018 from Whitley Bay. Previously has been manager of North Shields FC. Began his footballing career for East End Boys Club, going on to having trials for Brighton, Sunderland and Stoke. Has played for a number of Northern League clubs. Signed from Whitley Bay as Player/ Manager with Graham Fenton, Andy Bowman and Brian Smith as assistants he steered the ship to promotion to First Division. Woody made 27 appearances for The Robins with 2 goals.

The UEFA B licensed Coach has worked in the professional game for 5 years with Newcastle United as Head of Safeguarding and the Foundation. Steve has been Assistant Manager to Anthony Woodhouse at Benfield FC and as a coach at Ashington FC.

Graeme joined the club in 2019 as part of the medical team as a paramedic. He has worked for North East Ambulance Service for 24 years and has been a paramedic for 14 years, now is a Clinical Operations Manager. Graeme is also a coach for Cullercoats FC.