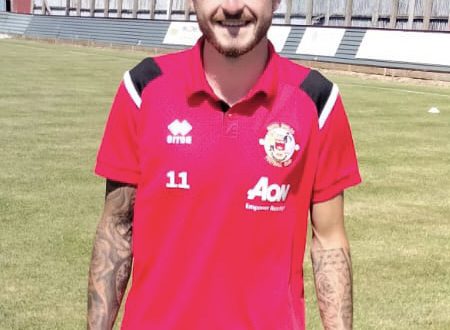 North Shields FC are delighted to announce the signing of Konner Lamb from Killingworth FC. Konner has impressed during the games he has played so far!

“Konner is a player we have tracked for a while. He has been loyal to his previous club having spent a number of years there but I think everyone recognises that his ability should be tested at a higher level. We were delighted to get him on board despite competition. We believe he can excite the fans with his pace and direct style and will complement the other forwards. It may take a little time to adjust to the extra training and the faster tempo of games but we feel this is the perfect opportunity for him to flourish and develop as a player.”

Konner is available to sponsor for the season! Does your company or do you want to sponsor our new signing? Get in touch: sean.mulligan@northshieldsfc.co.uk

Welcome to the club, Konner!