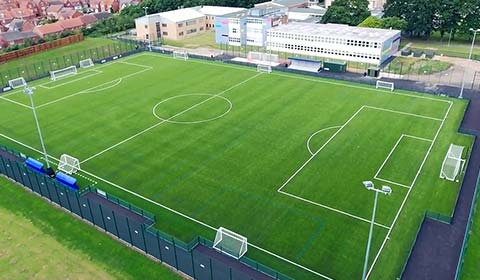 North Shields’ FA Youth Cup journey will officially begin tomorrow evening when they make the journey south to play Stockton Town in the First Qualifying Round of this years’ tournament.

The Young Robins were due to face fellow Division One side Shildon AFC in the previous round but after they pulled out of the competition, Shields were allowed to progress to the next round.

Stockton, on the other hand, had to overcome Division Two side Chester-le-Street Town 3-0 at Moor Park in the Preliminary Round.

Last season was one of success for the Young Robins as they made it all the way to the First Round Proper of the FA Youth Cup.

After overcoming Ryton & Crawcrook Albion, Seaham Red Star and AFC Fylde in the Qualifying Rounds, Shields were given a mouth-watering tie against Football League side Bury FC; now expelled from the Football League.

Despite a brave performance from the Young Robins, they were on the end of a 7-0 defeat to a side which made it all the way to the Quarter Final of last years’ tournament before being knocked out by Liverpool FC.

A number of that side are now playing regular men’s football for a number of sides in the North East, including Ryton & Crawcrook Albion, Morpeth Town, Ashington and North Shields to name a few.

And after an impressive start to their league campaign, the Young Robins will be hoping to make an equally good start in the cup.