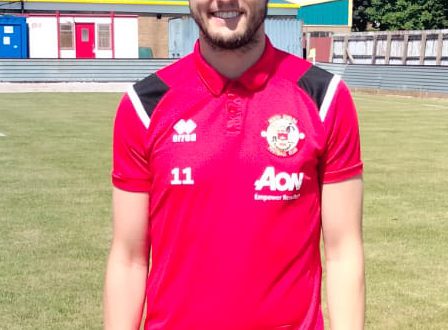 North Shields Football Club are delighted to welcome Jack Walker back to the club. Jack has played throughout pre season.

Since leaving in 2015, Jack has played for Seaham Red Star, Blyth AFC and Ryhope CW.

Manager Marc Nash said “I can’t believe I’m saying we have signed an experienced player in Jack as it doesn’t seem too long ago he was breaking through the senior ranks for me at Whitley Bay. Jack progressed up the levels to Darlington FC before I signed him again at Bay. Jack offers so much quality in a number of defensive positions so he will be a prominent player in the squad. At his age he has seen it and done it and probably could still have his best years ahead because of his fitness levels.”

Welcome back to North Shields, Jack!