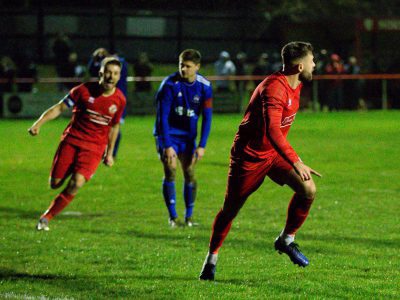 North Shields FC can confirm that Callum Patton has decided to retire from football.

Callum Patton initially joined North Shields on loan from Whitby in 2019 before Callum joined West Auckland Town where The Robins signed him permanently in December 2020.

Callum made 6 appearances for The Robins and scoring 1 goal.

In a statement on social media Callum said;

“Sometimes you want to do things and your body just doesn’t seem to let you anymore, ever since my back injury I’ve never been able to get back to where I want to be.”

“Thanks to all the clubs I’ve played for over the years and all the lads who I’ve made unforgettable memories with!’’

A huge thank you to Callum for his service and time at the club! We wish you all the very best in the future!

Our 2022/23 Home and Away shirts are now available to purchase!! Dismiss