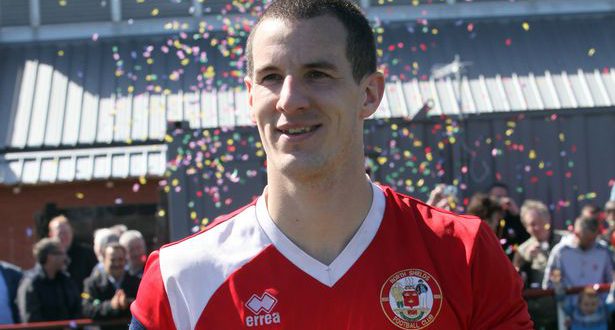 North Shields Football Club would like to announce that due to long-standing knee issues and other work and family commitments, Kev Hughes is considering his retirement from football.

After joining the Robins from West Allotment Celtic, Kev has gone on to play a part in some of the more historic moments in the clubs history.

Not only did he captain us to victory over Glossop North End in the FA Vase Final at Wembley, he helped the club defeat Blyth Spartans in the 2016 Northumberland Senior Cup Final.

Speaking to Skip, Kevin said,
“I’ve decided not to play this season as my spare time will be very limited moving forwards, as my wife is heavily pregnant and I’m starting a new role at a new school in September.

I’d like to thank the the committee, management team, players and fans of past and present for making my time at North Shields Football Club very rewarding and enjoyable. Leading the club to win the second division, the FA Vase and the Northumberland Senior Cup were a huge honour.

I wish the club every success for the future, and I’ll try my upmost to attend as many games as possible and support from the terraces.”

A true legend on and off the pitch, Kev has been at the heart of the club going forward and his presence in the home changing room would be greatly missed.

Everyone associated with the club would like to express their sincere thanks to Kev and whatever he decides to do, he will forever a North Shields legend and be welcome at NE29!

In the words of Tina Turner: Simply The Best.