Greg joined the Robins in 2018 from now defunct Team Northumbria. He is a talented keeper who is a rock at the back for this North Shields team. Spent time at Sunderland Academy.

Former Wolves, South Shields and Whitley Bay defender. Comfortable in possession which is what attracted him to us. Spent some time at Spartans during pre season but we are delighted to have secured him.

Robbie is a player we would have signed at the start of last season if it wasn’t for him taking a scholarship at Newcastle University. Once we knew he was available we were interested as young, left footed players of that quality are few and far between. He can play in defence and also higher up and with his pace he can cause teams problems.

McDonald is a strong and versatile defender/ midfielder with experience from captaining Whitley bay to playing for Berwick Rangers in Scottish League Second Division more recently playing for Morpeth Town. Chris has scored some spectacular goals in his playing career.

The versatile defender is powerful in the air, a great passer of the ball and strong in the tackle. Can also play in the centre of
midfield. Former clubs include Seaham Red Star, Jarrow Roofing and Hebburn Town. 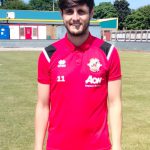 Jack returns to the club for his second spell being reunited with North Shields and Marc Nash who he started his footballing journey with!

Lewis joins us after his release from Newcastle United. A highly composed defender that reads the game well and is a great tackler which is something of a dying art these days.

Nippy attacker with a keen eye for goal who has progressed through the ranks at AFC Farsley. Now playing in his native North East, racking up over 200 appearances for The Robins and always able to chip in with a goal or two where needed with over 60 goals.

Joined from Consett, after spending time on loan at Belle View in 2016-17 from Gateshead, where, despite arriving as a midfielder, he showed his versatility by turning out at right-back. Suffered an injury which needed an operation that kept him out for the rest of the season. Signed for Consett and was apart of the DCC-winning team. A real fans favorite with strong performances on the pitch,

Extremely talented young player with lots of skill and an attacking mindset. Made the transition from junior into senior football with ease and is tipped to go very far if he continues to progress at a rapid rate.

Adam has rejoined the club after a spell at Blyth AFC, The former Blyth Spartans midfielder was a vital member of the North Shields side that won the FA Vase and Senior Cup. Adam scored the extra time winner against Glossop North End in the FA Vase Final in 2015. Promoted to First Team captain for the 2019-2020 season.

A goal scoring midfielder who is comfortable across the centre of the park. His experience will bring on the younger players and his 100% attitude will always be a huge plus.

Another quality addition to the midfield area. The former Seaham and Blyth AFC captain is a box-to-box midfielder that will leave everything out on the pitch for the team and is a player that will certainly chip in with goals and assists throughout the season.

SPONSORED BY: THE REED FAMILY

The very exciting midfielder returns to the club for his second spell. The midfielder is a very creative player who controls the game. The former Newcastle United product certainly knows where the net is and contributes to lots of assists too!

Local lad Paul is another product of Tyne-Met College. He was a member of the Northern Counties Championship winning squad with Northumberland Schools County and was also captain of the NFA representitive side last year. His performances last year attracted the attention of Sheffield United where he played twice for the youth team in victories over Hull City and Leeds Utd. Paul’s box to box and powerful style will no doubt propel him to be a fans favourite in time, especially coming from North Shields.

Callum is a central midfielder, however, he can play as a sitting midfielder or in a higher position. The new addition is a great set piece taker. He joins his brother, Kyle, who has been a fans favourite since singing for the North Shields.

Josh is another product of Tyne Met Academy. His composed play and simplicity has impressed everyone. Left footed centre midfielders are quite a rarity and he gives that balance in those areas. Josh has a great range of passing and we expect him to progress into the first team set up permanently quite quickly at the rate he is currently improving.

The Young centre forward returns for his second spell at the club after time at Blyth AFC and Seaham Red Star. The forward has lots of pace and strength. He gives
all central defenders a tough time with his non stop energy and great hold up play.

The 21-year-old is an exciting left winger who came through the Newcastle United setup, impressing as a member of their under 23 squad. Has played for Hull City and Dunston UTS. 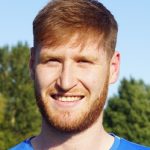 Liam joins the Robins from Alnwick Town, having previously played for Whitley Bay and Dunston UTS. The talented forward scored 18 goals across two seasons with Dunston, before departing for the Magpies at the start of the season. Another quality addition to a talented group of forwards. 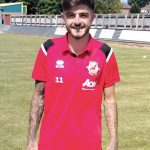 Konner joins from Killingworth FC. He can excite the fans with his pace and direct style and will complement the other forwards. It may take a little time to adjust to the extra training and the faster tempo of games but we feel this is the perfect opportunity for him to flourish and develop as a player.

Jamie has made massive strides through Tyne Met Academy following in the footsteps of Cam Cunningham and Paul Van-Zandvliet. He is an exciting attacking player with bags of potential.